So, what happened last night?  As you can clearly see, I haven’t been around these last few days…you know…kissing hands…shaking babies…. that sorta thing.

In all seriousness (barely), I started a new job. Yours truly is dealing with some ‘stuff’ at this present juncture, and no, I am not ‘Chasing the Dragon’, I’ll never let that happen… again.  But after watching last night’s Bruins vs. Habs tilt for the 711th time, there’s no shame in falling ass-backwards into your vice of choice; to quote the late, great Bill Hicks:

“The idea of getting a, you know, syringe full of heroin and shooting it in the vein under my c*** right now seems like almost a productive act.”

Ah Bill, thanks for putting things into perspective.

This is where I’d usually spare you the indignity of going over every detail from the game; the replays from TSN and the snarky, arrogant remarks from everyone outside MontRÉAL are punishment enough.  Alas, I am petty and a good laugh is in order so without further adieu, here is last night’s game, re-enacted for your viewing pleasure. 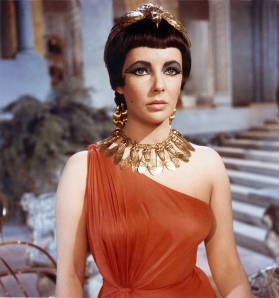 Pretty darn close, huh?  I’m predicting more life out of Elizabeth Taylor’s funeral than last night’s Habs performance, at least we know someone’s gonna score, right?  The Bruins distanced themselves further from the Habs in the Eastern Conference, now five points up on Montreal with two games in hand.  The Ottawa Senators did the Habs a half-a-solid, defeating the seventh place New York Rangers in a shootout, 2-1 F/SO.  The Rangers are chomping at the bit of the Habs, now only two points back.  To say the Habs are burning the candle at both ends is both an understatement and a great way to get your keister parked.

The Habs led the game in hits?  Really?  How? Montreal’s 25, to Boston’s 11.  I am not kidding you.  Helter-Lars-Sk-Eller led the team in the hit category with five.

Biggest waste of money since Kevin Costner’s ‘Waterworld’, Scott Gomez finished up yet another pointless outing with a –1 and going 9-for-20 in the face-off circle.  Oh, and while we’re at it, he logged over 20 minutes in last night’s game, good enough for 5th on the Habs after Wiz, PK, Hamr and Gio.

Thank God the Habs are not trying to have a baby, ‘cause they’re shooting blanks.  The Habs have not scored a goal since last Sunday’s Minnesota game.  Since then, the Habs have gone just over 126 minutes without ripping the twine.

Daddy’s boy, Gregory Campbell, notched 2 goals for his first multi-goal game since November 12th, 2008 when he was a member of the Florida Panthers.  He also fought Habs D-Man, Paul Mara, in the latter stages of the second period, without the use of a wrist guard.

Tim Thomas * cough * earned * cough * his eighth shutout of the season stopping all 24 shots he faced.  Credit goes out to the Bruins D-Core for forcing the Habs to shoot outside the perimeter, last night’s shutout goes to them.

Habs return (limp) home to face the Caps at the Bell demain soir.  Washington is sans Alexander the GR8, Jason Arnott and Mike Green for their current tour of Eastern Canada.  JB.com predicts the Habs winning 1-0 in a shootout.

*Note:  Dear fellow readers, I am not a heroin addict, but I play one on TV. 😉

I don’t get it; I simply do not get it.  I guess if we live in a society where people like OJ Simpson can escape jail after ALLEGEDLY killing both his wife and her love interest, then anything’s possible, right?  You may or may not be thinking that my last comparison was a little too over the top, tell that to the guy who’s lying in a bed with a neck brace in a Montreal hospital, searching for justice.

Max Pacioretty is alive, that’s all that matters.

It was horrific enough to see his motionless body laid out on the Bell Centre ice, or finding out that his parents were both in attendance Tuesday night to witness this travesty.  But the NHL’s refusal to acknowledge the seriousness and the long-term trauma that could face Pacioretty is the greatest crime of all.

“I am upset and disgusted that the league didn’t think enough of (the hit) to suspend him…I’m not mad for myself, I’m mad because if other players see a hit like that and think it’s okay, they won’t be suspended, then other players will get hurt like I got hurt.”

“It’s been an emotional day. I saw the video for the first time this morning. You see the hit, I’ve got a fractured vertebrae, I’m in hospital and I thought the league would do something, a little something.”

“I’m not talking a big number, I don’t know, one game, two games, three games…whatever, but something to show that it’s not right.”

The brain tanks at the NHL did it again.  NHL VP of Operations, Head Disciplinarian and Hockey Dad to his son Gregory (who plays for the, wait for it, the Boston Bruins) was exempt from the hearing due to conflict of interest.  So they get his minion, Mike Murphy, another VP of whatever, to step in and make the ruling.

After Campbell, Chara, Chiarelli made Murphy their ‘Lucky Pierre’, he finally renders a decision:

“After a thorough review of the video I can find no basis to impose supplemental discipline.  This hit resulted from a play that evolved and then happened very quickly… with both players skating in the same direction and with Chara attempting to angle his opponent into the boards…I could not find any evidence to suggest that, beyond this being a correct call for interference, that Chara targeted the head of his opponent, left his feet or delivered the check in any other manner that could be deemed to be dangerous….This was a hockey play that resulted in an injury because of the player colliding with the stanchion and then the ice surface.  In reviewing this play, I also took into consideration that Chara has not been involved in a supplemental discipline incident during his 13-year NHL career.”

So, if I understand the NHL correctly, you can put someone’s life at risk as long as you perform a proper hockey move without leaving your feet?  So unless someone gets proactive, an NHL player will eventually die, it’s just a matter of time.  The NFL got proactive, changed the rules DURING the season and handed out fines like Halloween candy.  Why you ask, because the NFL wants to protect its investment.  The young men, who make the catches, score the touchdowns and run 40 yards less than four-and-a-half seconds are what makes the league money.  The NFL wanted to protect its players while attempting to curb the scores of concussions, head and neck related injuries.  The NFL took a stand, why couldn’t the NHL?

Following the NHL brass’ bukkake-fest all over its players and fans, the twitter-verse exploded.  Many fans took to social media and un-followed the @NHL on Twitter and dropped the NHL fan page on facebook.  Fans had suggested boycotting the next Montreal Canadiens’ next home game to protest the league’s ruling and send a clear message…not likely.  Most fans have shelled out some serious coin for this game; it’s simply not feasible.  One of my blog colleagues suggested that each of the 21, 273 fans in attendance wears paper bags with the #67 written on it for the next game.  This gesture would show solidarity and would simultaneously send a crystal clear message to the league that its prime market, its cash cow, is not pleased.  Do not bite the hand that feeds NHL.  Strength in numbers, folks.  Strength in numbers.

Air Canada announced that they will review their current advertisement agreement with the NHL following the incident, taking a stand that the NHL refused to take.  At the request of Montreal prosecutor, Louis Dionne, Montreal police will conduct a criminal investigation into the incident, a move supported by many Montrealers.

It’s been over 36 hours since Tuesday’s ugly incident and the Montreal Canadiens, its fans and especially the Pacioretty family have been victimized once more.

Frankly, I’m getting sick and tired of the league apologists (fans and media folk alike) saying that this was an ‘unfortunate accident’ and there’s a thin line between ‘hurting someone’ and ‘injuring someone’ and ‘you can’t read Chara’s mind so we’ll never know the truth’…BULLSHIT.  Complete utter bullshit.  You don’t need to be a mind reader to know Chara was gunning after him.  How many former Norris Trophy winners do you know who have been in the league for over a decade simply allow a rookie to burn past him on the outside at centre ice?  Two things comes to mind in a situation like this:  This kid is really, really, really, good, or, Chara’s getting really, really, really old.  Both thoughts fully support Chara trying to remove Pacioretty from the play.  But with the history between these two players, the video evidence from three past games, the seething hatred between these two teams, a loud-mouth play-by-play analyst from NESN foreshadowing an attack on MaxPac two months prior to the incident and hours upon hours of mp3 recordings from Boston Bruins players seeking revenge on Pacioretty; there is enough evidence here to suggest that Chara wanted Pacioretty out.

I’m not saying Chara purposely intended to fracture Pacioretty’s vertebrae and put his career in jeopardy, but he did and thus should be held accountable.  To make matters worse, if Chara was indeed remorseful, what was the big rush to abscond to the back of the Bruins bus and refusal to initially speak to the media following his game-misconduct?

The culture and the vendetta-like mentality needs to change.  Following Tuesday’s incident, Montreal Canadiens forward Ryan White told the Globe and Mail that if the roles were reversed, he would certainly take the opportunity to smash Chara or any other Bruin into the partition of given the opportunity.

It’s images like Tuesday, the myriad of concussions, sound bytes like White’s that truly indicate there is a fundamental disconnect between the actual game and respect for your fellow competitor.  Someone’s going to die and the blood will be on the hands of those who were too scared, too intimidated and too stupid to do anything to change it.

This is a sad time to be a hockey fan.